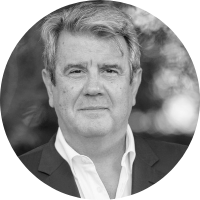 After a period of three years in Standard Eléctrica (a company associated to the multinational ITT) as a Software Designer in System 12, he joined the National Telefónica Company of Spain in 1985 in the Direction of Technology, assuming different responsibilities in the area of Digital Switching.

Member of the Executive Committee of Telefónica since November 2019.

He has received several international awards, such as CTO of the year in 2014 by Mobile Europe and CTO of the year in the World Communications Awards 2019. He is also decorated with the Military Merit Medal with a white badge in December 2016.

The Network of the Future and the Future Telco
12:15 pm
Opening CxO Keynote PANEL: The Future of the Telco: Business models and network strategy for success
Go to session
We use cookies to ensure that we give you the best experience on our website. If you continue to use this site we will assume that you are happy with it.Ok