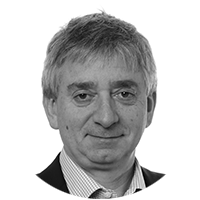 Christian is Director of Global Operations Transformation for Orange group, working on new digital paradigms for network, service platform and IT contexts. Prior to this he was Orange Group Deputy CIO, in charge of IT modernization for the whole group.

In parallel, he is also an expert in Smart Cities leading many awarded winning catalyst projects to standardize the city digital journey. Christian started working in the 90’s for a software company (Steria) to develop standard of interconnectivity between banks and large accounts. He then moved to London to build the international projects for Young & Rubicam, a well-known advertising company then moved to New York to the WWHQ, to develop the first corporate Intranet. He then moved back to France to take the CIO position of Y&R group in France before becoming CIO for IBM software group/Lotus France developing lots of new concepts with the growth of Internet.

In 2000, Christian joined a small French internet company ((one of the main multimedia service providers in France) as deputy general manager in charge of Operations, reshaping all operations and supporting new innovation for business. The company was acquired by Orange in 2006, and he became VP for operations for Orange Business Services.

9:45 am
The Autonomous Network: Is the promise being fulfilled?
Go to session
We use cookies to ensure that we give you the best experience on our website. If you continue to use this site we will assume that you are happy with it.Ok