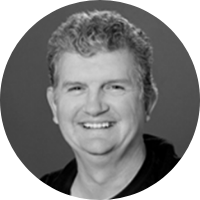 Mr. King is an experienced leader in the telecommunications industry, having spent some years with Ericsson in both the USA and Netherlands, and held leadership positions with O2 and British Telecom in the United Kingdom. During his past 23 years at T-Mobile USA, Mr. King has held technology-wide engineering and operations roles, ensuring the successful integration of merged and acquired networks that now make up the national T-Mobile USA network, including most recently the merger with Sprint – the largest in telecom history.

Mr. King is currently responsible for overseeing the deployment, 24×7 running and technical support of T-Mobile’s technology across mobile telecommunications and IT systems, which includes cloud infrastructure and other computing architecture, Cyber Security monitoring, as well as responsibility for the Network Operations Centers (NOCs), all data centers, IP & Network Security, and other critical infrastructure, as well as Emergency Management functions. Mr. King is also responsible for driving strategy of future network management systems and methods of effectively deploying and supporting new technologies.

Mr. King has driven strategic architecture deployments, standardization, security and reliability improvement initiatives throughout the T-Mobile network and was also one of the integral early contributors to the successful T-Mobile deployment of wireless priority services (WPS). From 2017 to 2019, Mr. King served as the Chair of the FCC’s Communications Security, Reliability and Interoperability Council (CSRIC).

3:00 pm
PANEL DISCUSSION: New Operations Models: Accelerating the journey to zero-touch automation
Go to session
We use cookies to ensure that we give you the best experience on our website. If you continue to use this site we will assume that you are happy with it.Ok