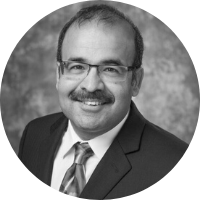 Former Head of Architecture/Engineering of Worldwide Corporate Network at Google, Ajay is a technologist, business futurist, & prolific inventor with about 90 patents pending/issued specializing in artificial intelligence, Wi-Fi networking, Quantum computing, and Real Time Location.  He is author of “RTLS for Dummies”, “Augmented Reality for Dummies” & “Artificial Intelligence for Wireless Networking”. Ajay is a very hands on technical person with a good understanding of over 200 use cases that can be implemented using AI for customer experience, operational efficiency, revenue growth, security etc for telcos.

Automation and AI: Getting beyond the hype
11:15 am
Panel Discussion: Automated AI-Enabled Networks: A competitive edge – Does the first mover win?
Go to session
4:50 pm
Ecosystem Panel Discussion: Collaboration: how can we increase the pace of innovation?
Go to session
We use cookies to ensure that we give you the best experience on our website. If you continue to use this site we will assume that you are happy with it.Ok