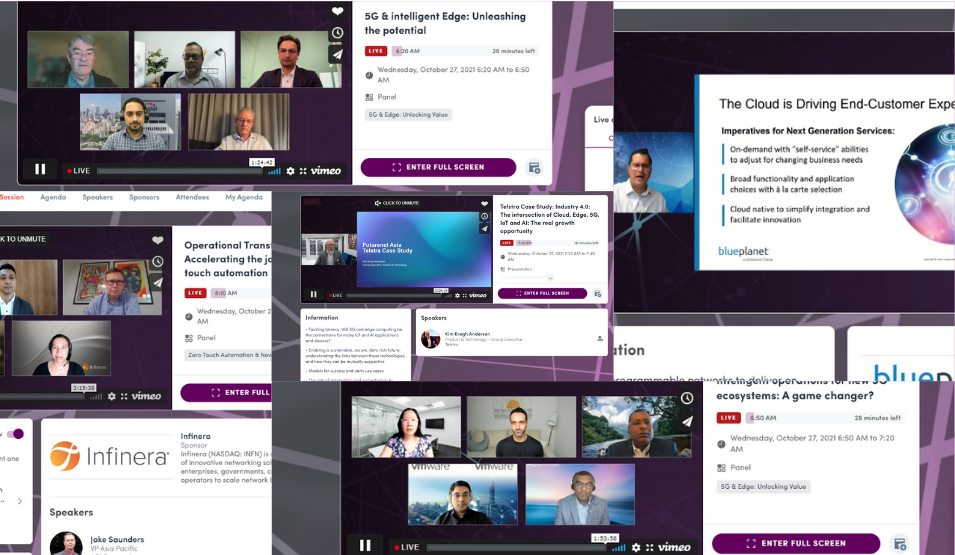 Europe’s telcos are, broadly speaking, much like one another. In Asia, it’s a much more varied story.

FutureNet’s first Asia-focused event was an ambitious undertaking. Asia is home to a around 60% of the world’s population. It includes 48 countries, two of which are the world’s most populous nations – China and India. It covers 11 timezones. FutureNet Asia did indeed cover a lot of ground (and sea). The challenges and contexts of an M1 (one of four operators in Singapore – total population just short of 6m) are radically different to those of say Reliance Jio or Airtel (the world’s second and third largest mobile operators with over 440m subscribers each). No doubt that the Nordic countries have challenging topography, but Telenor’s Asian interests include Pakistan (pop. 226m), Bangladesh (pop. 166m), Thailand (pop. 70m) and Malaysia (30m).

The Future: Not What it Used To Be

Ciena Blue Planet’s Kailem Anderson was the first but far from the only speaker to point out that telcos are no longer at the top of the food chain: a future of interdependent partnerships is the only model for success in 5G and edge. M1’s Chief Digital Officer, Nathan Bell, predicted a wary co-existence between hyperscalers and telcos going forward.

In the session on 5G and Edge, Singtel’s Director of 5G Customer Engagement highlighted the critical difference about 5G relative to previous Gs: its impact will be on industry. But regulation of spectrum for private 5G varies from country to country – one of the factors that limit the ability to see private 5G as a single global market.

In the same session, Juniper’s VP for 5G was all in on network slicing being the key to success of 5G. By which he meant not just the network tech, but the operational reality that must come with it: orchestration, AI-enabled closed loop automation. (Something we’ve covered extensively here).

At least Singtel actually has some network slices (sort of). However, they reckoned it is still another 18 months before a service orchestrator can handle heady visions of dynamic network slicing.

Airtel’s CTO argued that telcos must find new value beyond connectivity, with millions of connected devices (and related requirement for analytics) offering one route forward. Nathan Bell for M1 already sees the future in a new model of cross-functional service creation teams, and telco as a platform. Telstra’s Kim Krogh Andersen, Group Exec for Product & Technology, gave a good account of how Telstra is going about supporting digitization in three major verticals – and it’s not about how good their connectivity is.

Edge isn’t a panacea. It’s not even always necessary – in smaller countries, latency might already be good enough without edge. For NTT DoCoMo, however, having a 5G network is all about having the edge. And it’s something they already have over 100 customers using.

No conference on the future of telecom is complete without Rakuten, and FutureNet Asia was no exception. The thing to remember about Rakuten is that they are not offering just a blueprint of the future – they are already living in the house they built. When their Global Head of AI shares that he shifted from “federated AI” to “democratized AI”, that’s important information to take on board.

Teresa Monterio from Infinera urged operators to walk before running with Zero Touch Automation, and to be sure to focus on selecting business problems first rather than selecting technology.

The discussion of automation is evolving rapidly: automating for efficiency is already an out-dated ambition. Automating for resilience (or security) is the new mission. It’s a topic that got Telstra, Robin.io and Airtel talking. It’s a topic Appledore has covered extensively.

For me, the standout discussion was on Dynamic Orchestration, which leaned towards the IT architects in the audience. Telstra’s Chief Architect Mark Sanders explained the new foundations needed even before dynamic orchestration: domain-driven design, discoverable services, intent and (of course) AI in a closed loop driving policy changes.

Airtel stressed the importance of data factors in orchestration – only once a decision is made can an orchestrator act. And that’s when things can get complicated: how to deal with sub-domains provided by hyperscalers? How to respond when end user devices are in motion, not at rest? How to take account of network congestion when scaling an application out? How to orchestrate across both internal and external systems (In Airtel’s case, just buying a SIM involves 16 internal and 6 external systems…)? (Appledore has a good deal of published research on Orchestration).

Judged on this event, there’s a breathy excitement about the future of telecom (and telcos) in Asia. But there is quite a lot of foundational adjustment still to do. Automation isn’t really about efficiency anymore. Orchestration is much more than workflow. 5G is about a lot more than just radio. Telcos need strategies that see them taking a smaller part of a much larger pie.

Thankfully, I heard just the one reference (each) to robot surgery and dumb pipes, which is a sign both of progress and of attentive curation from the FutureNet organizers. Judge for yourself. 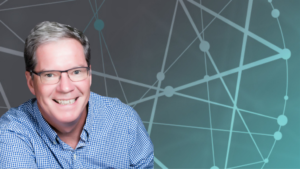 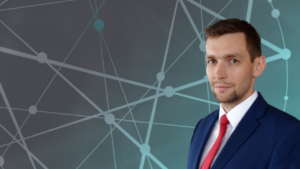 Is OSS Going to Die? 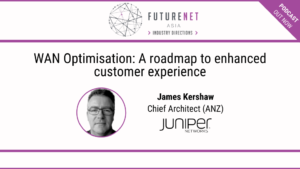 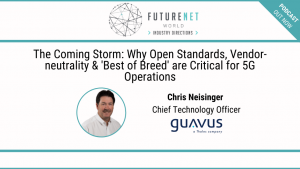 In this podcast, Chris Neisinger, Chief Technology Officer, Guavus (a Thales company) is quizzed by FutureNet... Read more
Intelligent OSS
5th September 202110th November 2021
We use cookies to ensure that we give you the best experience on our website. If you continue to use this site we will assume that you are happy with it.Ok