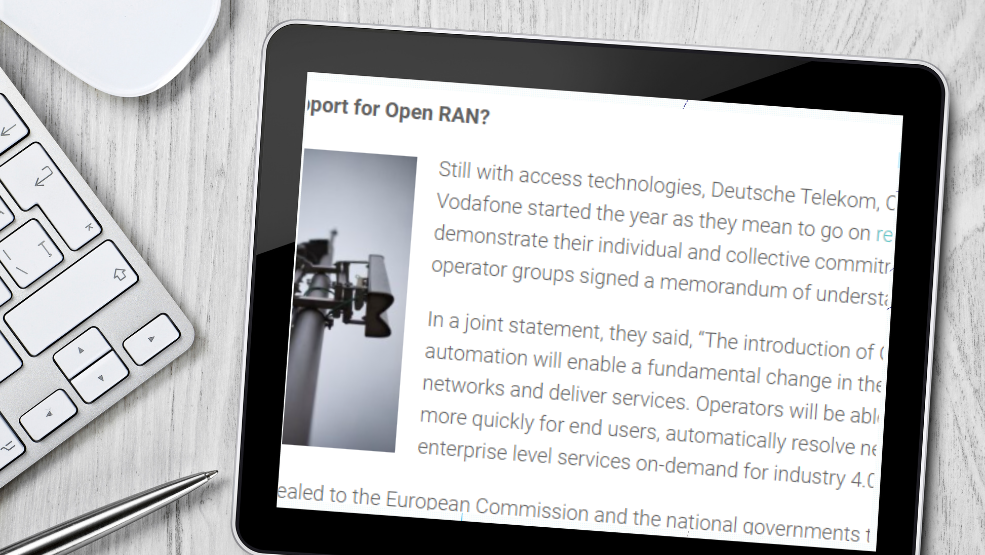 Deutsche Telekom (DT) and Türk Telekom have begun roll out of disaggregated broadband in their access networks, based on the SDN-Enabled Broadband Access (SEBA) reference architecture developed by the Open Networking Foundation (ONF).

The two have been heavily involved in SEBA’s development, working in the ONF Engineering Cluster in Berlin, which was set up last year. DT’s deployment was announced first and is smaller scale, rolling out disaggregated, microservices-based, fixed broadband architecture– what it calls Access 4.0 – in Stuttgart. 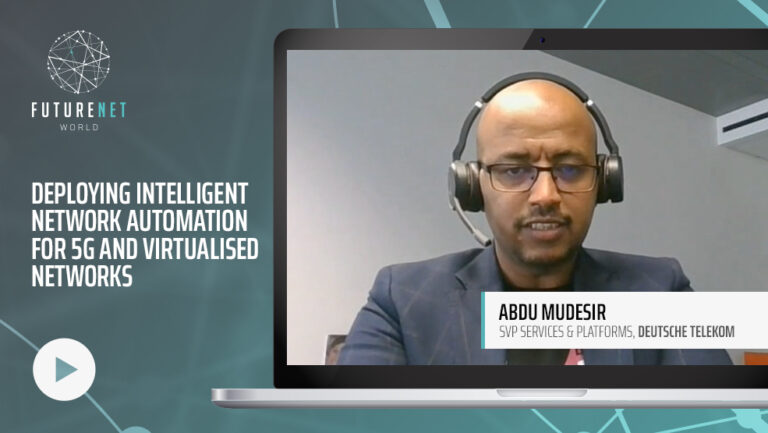 Access 4.0 has been years in the making for DT, but finally, as Abdurazak Mudesir, DT’s Head of Services & Platforms and Access Disaggregation, notes, “Disaggregation is now a reality. For the first time we’re producing a BNG [Broadband Network Gateway] on Whitebox hardware and are using software-defined networking technology to control that gateway.

“That’s a hugely important step toward our broadband network’s future structure. With the software-defined approach of Access 4.0 we’re driving forward automation and can implement lean processes ourselves in combination with our OSS platforms.”

That BNG functionality in question was developed by RtBrick: the company told TelecomTV that its software is now part of DT’s IP core production network

Türk Telekom’s R&D arm, Argela, working with a US-based affiliate firm, Netsia, developed the SEBA technology that it has deployed in two provinces,. The operator said it wants to reduce its reliance on overseas technology – a recurring theme as the telecom equipment supply chain fragments along geopolitical fault lines. 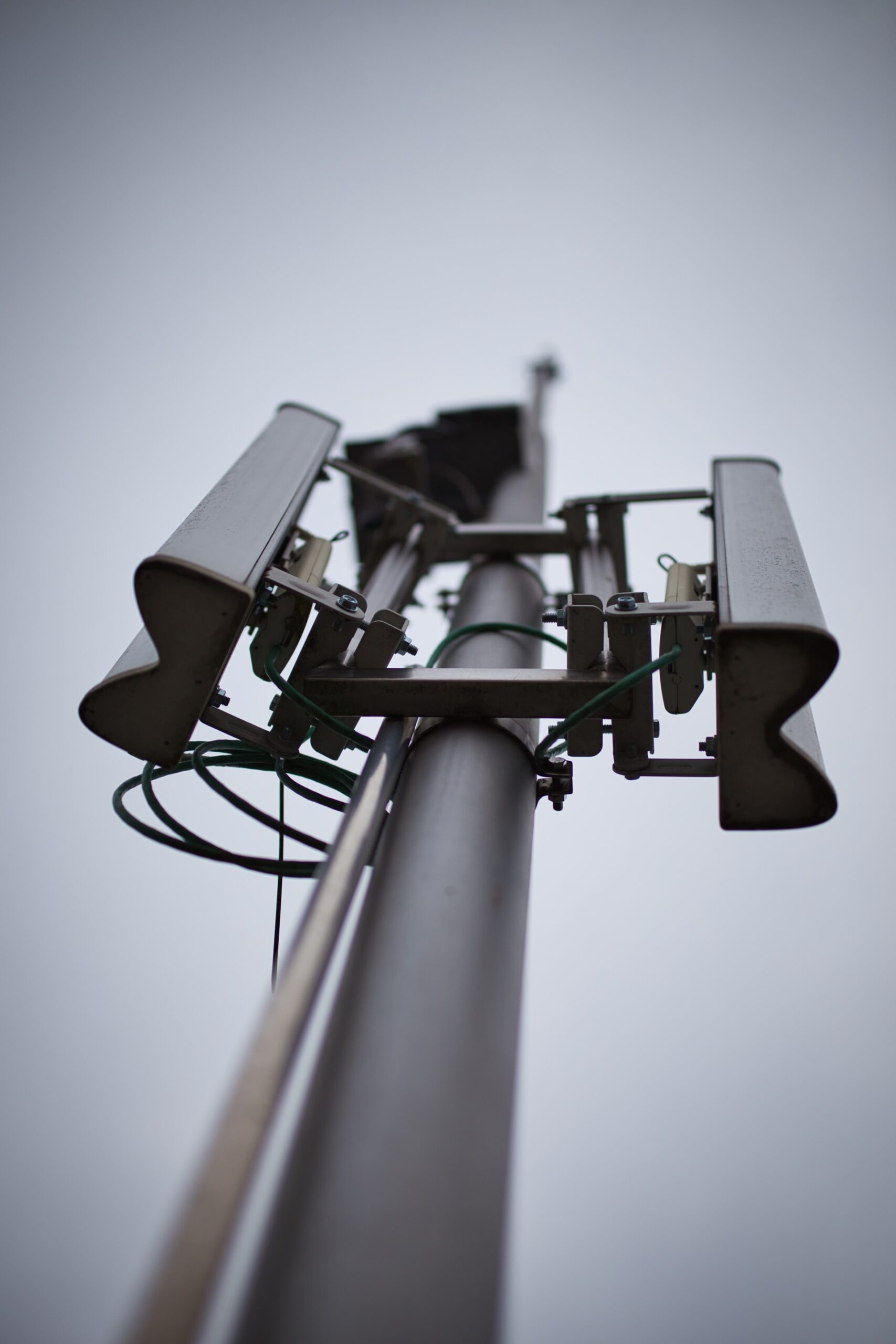 Still with access technologies, Deutsche Telekom, Orange, Telefonica and Vodafone started the year as they mean to go on regarding Open RAN. To demonstrate their individual and collective commitment, Europe’s four largest operator groups signed a memorandum of understanding (MoU).

In a joint statement, they said, “The introduction of Open RAN, virtualization and automation will enable a fundamental change in the way operators manage networks and deliver services. Operators will be able to add or shift capacity more quickly for end users, automatically resolve network incidents or provide enterprise level services on-demand for industry 4.0.”

They appealed to the European Commission and the national governments to support their endeavours. The operators want them to foster the development of the Open RAN ecosystem by funding early deployments, R&D, open test lab facilities and incentivising diversity in the supply chain.

The four argue that greater diversity will come about by lowering barriers to entry for small suppliers and startups that can use these labs to validate their open and interoperable solutions.

Nokia and China Mobile announced that they have successfully completed live trials of an AI-powered radio access network (RAN) over the operator’s 4G and 5G networks.

They also ran a trial to detect network anomalies in Taiyuan, the capital city of Shanxi province. It explored automating network operations across more than 10,000 cells in China Mobile’s 4G/5G infrastructure. The AI/ML technology assistant automatically detected network problems more accurately and quickly than the usual methods. Nokia reckons this could reduce the need for human resources to deal with anomalies by more than 70%

During the trial, China Mobile debuted its i-wireless-intelligent and simplicity 5G network concept – a collection of technologies designed to support a greener, smarter and more efficient 5G network.

A report from STL partners suggests that AI, coupled with a data-centric approach and automation, is starting to pay for operators that led in this field. For these more advanced operators, STL reckons the challenge is no longer in setting up data management platforms and systems, and identifying promising use cases for AI and automation.

The next big steps are overcoming the organisational and cultural barriers to becoming data-centric in mindset, processes and operations. In particular, a significant part of this challenge includes disseminating AI adoption and expertise in these technologies and associated skills across wider organisation, beyond a centralised AI team.

STL says the benchmark for success is not other operators, but digital- and cloud-native companies that were set up around data-centricity and practices. They include the likes of Microsoft, Google and Amazon, which are increasingly looking to telcos as partners as well as likely future competitors, plus the greenfield operators – Rakuten Mobile in Japan, Reliance Jio in India and DISH in the US.

As STL note, as well as more modern infrastructure from the start, they did not have to battle ingrained legacy processes and cultures.

Buy flagyl online overnight. My daughter went to a family member's house and she's in bed sleeping. I've asked her about the flags being sold from her grandparents' bedroom. She said nobody had told her and grandparents would never buy that because they were racist. I've asked my husband what he thought since doesn't come from a family with an area that was so heavily racist. He says his family isn't racist but at one point Generic cialis canada pharmacy did have some negative remarks with other families and how they smelled. I'd like to get some help. I can't come up with where I can get any local deals for this. Thanks, I'm sorry this is so lengthy. I don't wish harm on anybody. This isn't even close to the first time I've ever posted this. I tried to do something good and got a reply that said everything was off limits. So I took my business elsewhere to avoid them. Boris, from St Petersburg, was a passenger on Saturday evening but his parents have now lodged a complaint to the police. In his words, couple were harassed by a few passengers, including the woman who threw eggs. After the incident she said to Boris: Oh, you know it's only your father. You're such a nimrod, so full of stupid ideas… You can't see what's going on in history of Russia… And then: You don't care about your country, parents… you're never going to get anywhere! Although Boris is a very nice man, he had a tough time, to say the least. He's worried that this will ruin his dream of becoming an astronaut. Here's a translated version of the video he put on YouTube that showed him trying to leave the carriage: Now Boris is hoping to take the case press and Moscow police. He's also thinking of visiting a psychologist to talk out this incident. He's already received several angry phone calls but is keeping in mind to health canada drug product database online query keep his promise and going to school: I thought that as his parents it's business, and I want him to go school… I'm doing my homework, because I went to school from the age of 10. I want to go back on Monday. Update: For a video of what happened with Boris this evening, look here: A year removed from winning the NHL Draft Lottery, Columbus Blue Jackets have returned with a major win. Blue Jackets director of amateur scouting Brad Peters was named the winner of Jack Adams Award, given to the league's top scout based on the regular season performance.The award is voted on by members of the National Hockey League Players Association. Columbus finished second in the NHL points this past regular season with a record of 42–25-15, missing the playoffs but earning home-ice advantage in the postseason with a best-of-7 series advantage. The club also advanced to Western Conference First Round for the time since 2009. A total of 16 franchise players, including all members of the team's championship team, were awarded the top honor. The Blue Jackets, who reached conference finals for the first time since 2004, will be coming off a 5–0 win over the Tampa Bay Lightning on Thursday in Game 6 of. 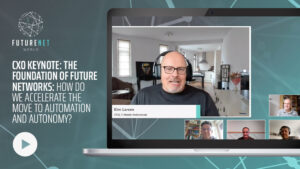 Can you buy orlistat over the counter in canada 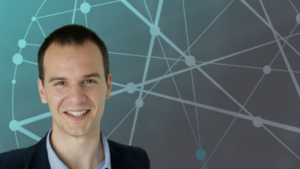 Betting on the automation clash: Sumo vs Kung Fu 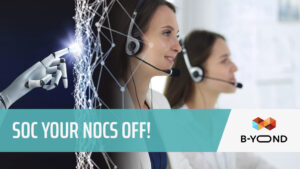 SOC Your NOCs Off! 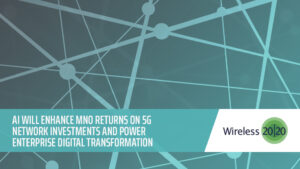 Wireless 20/20 believes that AI will play a crucial role in helping operators to maximize... Read more
5G Automation and Intelligent Edge
We use cookies to ensure that we give you the best experience on our website. If you continue to use this site we will assume that you are happy with it.Ok